At last week's In-Cosmetics event there was one word that seemed to
dominate amidst all the new product launches, trend surveys and
general hype. That word was innovation and it is something that is
injecting renewed growth within...

French researchers say a by-product of the cider industry could
provide an alternative to cosmetic synthetic colourants such as
tartrazine (E 102).

Estee Lauder Companies has sold the stila color cosmetics brand to
Stila Corp, an affiliate of Florida-based equity firm Sun Capital
Partners, in a move that aims to concentrate on the more profitable
brands in its portfolio.

Beauty-conscious British women spend a whopping £3,000 (€4,300) a
year on beauty products and treatments, with 81 per cent of women
wearing make-up every day, says a survey commissioned by New Woman
magazine.

UK retailer Marks and Spencer has streamlined its colour cosmetics
business by switching to a single supplier, pulling a contract from
Swallowfield worth a reported £2m (€2.9m).

Cosmetics giant Estée Lauder has been accused of artificially
inflating its share prices in a lawsuit filed by shareholders who
claim they were tricked into investing in the struggling company.

After more than two years of searching for its first move into the
cosmetics business, UK-based Reflexion Cosmetics says it is in
talks for a potential reverse take over.

Two leading US ingredients players - Abitec and McIntyre - have
combined resources to develop a new line of leave-on raw materials
delivering emolliency, solvency, pigment-wetting and emulsification
properties for a spectrum of topical...

Merck puts the colour into colour cosmetics for 2007

South-African-based cosmetics provider has thrown some light on
what to expect from the cosmetics world next year by predicting the
colours and textures that should prove popular.

The company has launched a series of new products for the sun,
skin, hair, oral and baby care sectors that have been formulated
for added performance and purity in answer to increasing demands
for natural-based and functional products.

On the back of consumer awareness about the use of chemicals in
cosmetic and personal care products, the market for natural
cosmetics is said to have grown by a staggering 40 per cent during
2005, as consumers reach for products they...

Croda readies new ingredients to be unveiled at In-Cosmetics

Croda has chosen next month's In-Cosmetics expo in Barclona as the
platform to debut a host of new ingredients that concentrate on
providing added functionality for sun care, hair care and skin care
formulations.

Germany-based Cognis has acquired UK polymer specialist Cosmetic
Rheologies, a move that enhances its position as a full-range
specialties supplier to the cosmetics industry.

Inter Parfums is to develop and market a range of fragrance, sun
care and and skin care related products for sports and clothing
brand Quiksilver in a move that expands on the company's burgeoning
brands portfolio.

A look at the latest personal care launches in both the US and
around the world reveals both the continued interest in
natural-based products, combined with increasingly innovative
products that form part of the trend towards further...

Fruit and vegetables waste products offer a cheap and practical
source of potent antioxidants that could be used in topical crème
formulations, says a Spanish-German study.

Creative Outsourcing Solutions International (Cosi), one of
Europe's leading contract cosmetics and toiletries producers
recently announced plans to expand its presence globally. We spoke
to CEO Bob Tolan to find out more about...

British cosmetics brand to be made in Japan

US-based Coty has concluded a licensing agreement with Japanese
cosmetics giant Kose that will ensure the manufacture and
distribution in Japan of Coty's UK-based Rimmel cosmetics brand.

With 2005 proving to be a record year for consumer launches of all
sorts, industry experts say that products claiming to counteract
signs of ageing in a gentle and believable manner will continue to
lead the way in 2006 as the drive...

A record financial year for LVMH Moet Hennessy Louis Vuitton, is
supported by a strong performance from the company's cosmetics and
fragrance operations, boosted by the Dior brand as well as an
increasing market share for its...

Inter Parfums is upping its involvement with Gap group, having
announced that its agreement to design and manufacturer personal
care products will now be extended to Gap Outlet Stores and Banana
Republic Factory stores throughout...

Tapping into the big rise in the demand for skin care and cosmetics
products formulated for specific ethnic skin types,
California-based Wild Faerie Essentials has launched a complete
line of loose minerals-based color cosmetic and...

Revlon ends the year on a high note

Revlon has reported a strong fourth quarter, with profits up an
impressive 38 per cent following strong sales of its Vital Radiance
line and a successful repositioning of its Almay brand.

Leading cosmetics and toiletries contract player Creative
Outsourcing Solutions International (Cosi) has secured an
investment restructuring plan that will help the company in its
ambitions to become one of the leading contract players...

Capitalising on their internationally recognised name and image
David and Victoria Beckham are about to expand their presence in
the cosmetics sector with the launch of a high-end make-up line
that builds on the couple's involvement...

Fakes cash in on all the hard work

The development of cosmetic and toiletry brands can take years to
build up, but a copycat brand can destroy all that work in just a
short period of time. And a new report finds that increasingly it
is premium brands that are being...

Color-changing color cosmetics look set to become the next big
thing, as Engelhard launches a new special-effect pigment that
brings a new dimension to a variety of color cosmetic and personal
care products.

Bobbi Brown puts her chocolate where her mouth is

Cocoa has long been used as an ingredient in cosmetics, but now
Bobbi Brown is using the candied variety in an effort to push sales
of its chocolate colored eye and lip make-up ranges, due out this
fall.

Homing in on the growing market for natural-based cosmetic
products, Only You has launched a line of organic and non-toxic
cosmetic products specifically targeting teen and middle-class
consumers.

It seems that Jessica Simpson's decision to sponsor the Dessert
Beauty range has been an ill-fated one. With the make-up line
attracting a second law suit in the space of a year it seems that
star cosmetics sponsorship does not...

The launch of a new make-up line from Revlon aimed at the 50+
market targets one of the biggest growth areas of the moment - skin
care for the first of the baby boomer generation to slip into the
mature category.

Hydron Technologies has been granted a US patent for a
self-adjusting emulsion system aimed at a variety of cosmeceutical
applications, including anti-aging, sunscreen and acne products.

Independent US cosmetics player Aromaleigh has launched a new range
of color cosmetics featuring a combination of synthetic and mineral
ingredients that taps into current demands for particularly vibrant
colors.

Nanotechnology has been making the headlines recently prompting
CosmeticsDesign.com to take a look at the latest personal care
launches on the market that feature the technology. And it seems to
be in Asia where nano cosmetics seem...

Unigen Pharmaceuticals has launched a new naturals-based skin care
line that claims to provide heightened protection against
environmental hazards such as toxins and UV radiation.

Although younger women remain the main target for cosmetic
companies, the latest report on the UK colour cosmetics and make-up
market highlights the growing importance of older women.

Why? Because Scarlett is worth it!

L'Oreal has announced that Hollywood starlet Scarlet Johansson is
to become the latest face to promote its products. The campaign
will see Johansson promote its new micro-based High Intensity
Pigments (HIP) line in a deal that...

The Maryland-based organic and naturals personal care supplier is
expanding its capabilities into the custom formulations for private
label and bulk mineral make-up lines, in an effort to capitalize on
the huge growth in natural-based...

A new study finds that a common additive found in cosmetics has
been found to inhibit the activity of sirtuins, enzymes associated
with lifespan control in yeast and other organisms, a discovery
that could question its future use.

The EU proposed law regulating chemicals underwent another
transformation yesterday in the hands of the EUs ministers, with
consumer groups condemning the changes as a further watering down
of the law in favour of industry.

Engelhard has joined the growing band of cosmetics providers
launching anti-wrinkle products based on hyaluronic acid (HA) aimed
at avoiding the pain and expense of popular injectable solutions.

The German Cosmetic, Toiletry, Perfumery and Detergent Association
(IKW) says that sales have rebounded after the drop recorded in
2004. The association says that the figure is encouraging news for
the industry, especially as it coincides...

With teenage cosmetics making the headlines on a number of
occasions in recent weeks, CosmeticsDesign.com thought it was time
to have a look at some of the latest launches that are helping to
fuel significant growth in this category.

Latest research from the Asian market suggests that
metrosexualization of younger men is leading to a rising demand for
unisex cosmetic products. CosmeticsDesign.com searched Mintel's
GNPD to find out if this is also happening...

Prestige could spell end of slump for bath and shower products

The prestige end of the market is looking a good bet for US
manufacturers of shower and bathroom products aiming to ease their
way out of a decade-long slump, according to market experts.

A range of very high active content emulsifiable vegetable oils for
use in a wide variety of personal care applications has been
launched by UK supplier Seatons.

Emu oil reaches out to the big players

Growth in demand for emu eggs, meat and leathers is now being
matched by interest in the oil. Currently the US is leading the way
in Emu farming and, although a number of specialist cosmetics
products already exist there, the international...

The findings bring fresh evidence against the chemical family,
which is commonly found in both plastics packaging and a number of
personal care products.

California's Diamond Lotus Essentials is introducing a new organic
source of Helichrysum oil, which is said to contain high levels of
the compound behind its reputed anti-bruise and scar-reducing
actions. 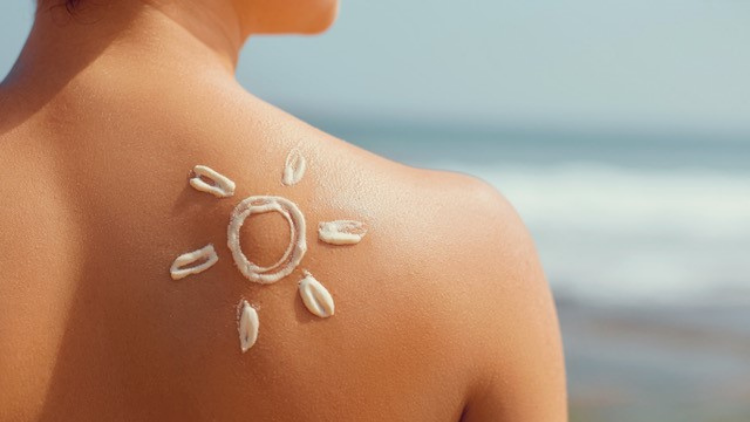 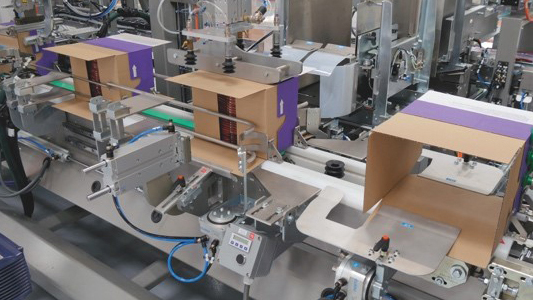