Following its annual general meeting, executives at Parlux say the company is likely to see lower sales in 2011, due to the loss of the Guess license.

New fragrances and cosmetic launches help to boost group sales at LVMH by 19 per cent during the first nine months of 2009.

L'Oreal rumored to be in talks over Avon takeover bid

Investors are taking rumors over a potential Avon take-over bid so seriously that share prices have risen significantly in the past couple of days.

L’Oreal has been acknowledged for its efforts on sustainable development several times in the past year and its recently published annual report stresses how this area will continue to be a core focus for the business. 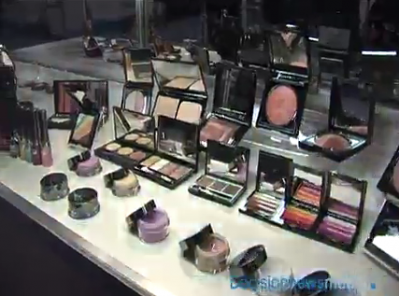 As consumers feel the pinch of a global recession they often look to private label goods as a way to save a few pennies. Couple this with the lower overheads and financial outlay offered by contract manufacturers and the sector seems to have a winning...

Despite cries of the ‘lipstick effect’, the cosmetics and personal care industry has not been protected from the economic downturn and some analysts argue recent alterations to the market and changes in consumer behaviour might be here to stay.

Sales of men’s toiletries struggle in the summer heat

Men’s toiletries have suffered the most in the early summer heat while disinfectants have thrived, according to Bernstein Research.

Kimberly-Clark increases the number of proposed job losses to 1,600

Dallas-based Kimberly-Clark says it wants to increase the number of job cuts to 1,600 following an earlier announcement that it was aiming to cut 1,000 staff.

Procter & Gamble has added another high-end male grooming brand to its portfolio through the acquisition of men’s skin and shave care brand, Zihr.

Estee Lauder has joined L’Oreal and Procter & Gamble in unveiling its strategy of targeting value products to appeal to cash-strapped beauty consumers.

Interactive timeline of the ugly economy and the beauty industry

Cosmetics Design has created an interactive timeline of the major news stories on job losses, corporate failure and restructuring in the cosmetics industry over the past six months to give readers a new perspective on the impact of the economic crisis.

Procter & Gamble has bought the Miami-based business Art of Shaving as part of its plans to expand into the international prestige men’s grooming category.

Physicians Formula has received a NASDAQ Staff Deficiency Letter threatening the company with delisting if it does not fulfill requirements for its executive board.

Procter & Gamble (P&G) has released earnings expectations for 2010 that failed to live up to Wall Street estimates but shares in the company remained steady.

Dealmakers search for acquisition bargains in cosmetics and pharma

Corporate bargain hunters are looking for good buys in cosmetics and healthcare as the economic downturn throws up a range of acquisition opportunities.

Destocking: It's the perfect excuse for poor performance

Cosmetics companies looking for something to blame for poor financial results are turning to the ever so convenient excuse of destocking. 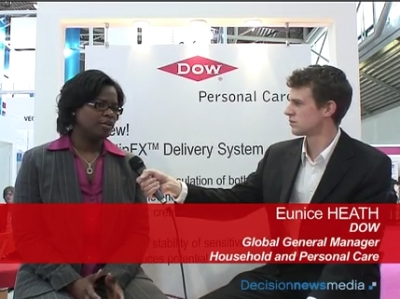 Dow’s acquisition of Rohm and Haas has been a financial drama involving legal bickering and funding uncertainty. Now that the deal is done, CosmeticsDesign.com spoke to the head of personal care at Dow to find out how the acquisition will affect the company's...

Sara Lee confirmed yesterday that the company is considering selling its household and body care business.

Its commission-only workforce, cost-cutting measures, the global nature of the business and a future weakening of the dollar all put Avon in a strong position.

Coty’s former chief financial officer has filed a civil complaint against the company accusing the board of “arbitrarily, capriciously, fraudulently and illegally” cheating him out of millions of dollars in stock options.

Citing currency weakness and overexposure in the Central and Eastern European (CEE) market, an analyst has downgraded Avon's outlook for 2009.

Dow Chemical’s acquisition of Rohm and Haas will go ahead after the companies reached an agreement that eases Dow’s debt burden.

Helen of Troy is widening its portfolio of hair care brands with the acquisition of Infusium 23 from Procter & Gamble.

Avon says it is extending its restructuring plan into a $900m savings program that will focus on efficiencies within the global supply chain.

Risdon International is considering bankruptcy and has temporarily shut down cosmetic packaging operations in the US.

Budelpack Holding has called in the administrators putting the future of one of Europe’s largest contract manufacturers of cosmetics in doubt.

Financial dispute breaks out between Henkel and Budelpack

Budelpack is locked in a financial dispute with Henkel that puts the future of another of its cosmetic factories in doubt.

Tupperware’s beauty business suffered significant losses over the quarter prompting a change of leadership in an attempt to ‘reinvigorate’ the segment.

Analysts divided on health of Avon

Avon releases its fourth quarter results at the beginning of February but analysts disagree on the health of the direct seller in the current climate.

Elizabeth Arden is the latest beauty company to have reduced its sales forecast in anticipation of sluggish consumer spending.

International Flavors and Fragrances has reported a drop in profits this quarter due to higher input costs and a shift to lower margin products.

Sales are down and profits have been drastically hit for Helen of Troy’s second quarter results as the company’s personal care division feels the pinch.

Procter and Gamble (P&G) is suing the US Internal Revenue Service, claiming it has been overcharged in taxes.

BASF has announced plans to acquire rival firm Ciba for €3.8bn in a move that will extend significantly its range of products for the plastics and coatings industries.

Hypermarcas has taken a deeper bite into the Brazilian cosmetics market with the acquisition of Niasi for R$366m ($200m).

Alberto Culver has acquired skin care brand Noxzema from Procter and Gamble, in an attempt to focus on the category.

Building on its strength in scalp care category Procter & Gamble has acquired Nioxin Research Laboratories, which specializes in products for thinning hair.

Revlon has announced plans to significantly reduce its debt as recent results suggest the company’s performance continues to improve.

Estée Lauder has reported higher than expected profits from the year, despite its weakening performance in the US.

Urgent last minute negotiations are underway to ensure that
cosmetics trade is not severely disrupted by the June 1 deadline
for REACH registration.