P&G says that it will strive to certify all new production facilities according to Leadership in Energy and Environmental Design (LEED) certifcation standards.

Cosmetics can only appear to do things, says US lawyer

From a regulatory perspective it is important to remember that cosmetics don’t do anything, rather they just appear to do something, says a US lawyer specialised in FDA and FTC matters.

The Food and Drug Administration (FDA) has sent out a warning letter to a US cosmetics firm for its supposedly drug-like marketing claims.

The Union for Ethical BioTrade (UEBT) and NaTrue have signed a Memorandum of Understanding (MOU) to help raise awareness of the importance of naturally sourced cosmetics products and the ethical trade in natural ingredients derived from biodiversity.

The US Food and Drug Administration (FDA) has been urged to work together with the US Occupational Safety and Health Administration (OSHA) to establish if hair smoothing treatments emit unsafe levels of formaldehyde, given the industry outcry over the...

Competition over US natural and organic standards intensifies

As three leading certification players vie to dominate the US market for natural and organic cosmetic products, competition is set to hot up in tandem with market growth.

Oregon Occupational Safety and Health Administration (OSHA) has announced that the makers of the Brazilian Blowout hair straightening treatment, has dropped the lawsuit against the Oregon agency.

Conference focuses on regulation of nanotechnology

With big changes afoot for nanotechnology regulation a one day conference at the University of Arizona will look at how changes will affect various industries, including cosmetics.

The COSMOS organic and natural standard for cosmetics products, developed by five of Europe’s biggest standard bodies, is now open for applications.

NSF International has voiced its views on its partnership with Natrue and responded to the Natural Products Association’s (NPA) claims that the collaboration is confusing. 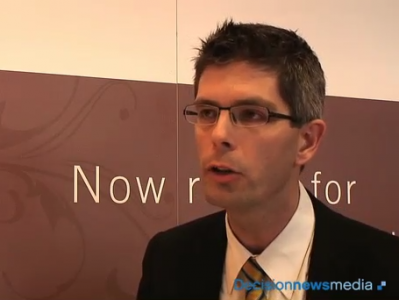 New regulation to affect suppliers of UV-cured inks and varnish

Switzerland has introduced new regulation regarding the potential migration of potentially toxic substances used in UV-cured inks and lacquers for cosmetics packaging.

Natrue has taken steps towards a globally recognised definition for the use of the term natural in personal care products by partnering with US certifier NSF International.

Germany-based TÜV Rheinland has opened up its first testing lab in North America for consumer products, which will also provide capabilities for cosmetic products.

US patent for biodegradable pack

Biodegradable packaging manufacturer Eco Vision has been awarded a US patent for its home compostable Eco Tube package, which is used for lip care products.

The US Food and Drug Authority (FDA) has warned cosmetic companies over importing products that may be contaminated, stating they may be subject to removal and analysis by District offices.

American consumers do not want to lose antibacterial soaps

A large majority of American consumers are in favor of antibacterial soaps and do not want to lose the opportunity to purchase and use them, a recent survey found.

Drug-like chemicals that are being sold as bath salts have nothing to do with real products made by reputable manufacturers, the US cosmetics trade association has said.

A new environmentally friendly method of extracting carotenoids from dried capsicum for use in cosmetics has been developed by scientists in New Mexico. 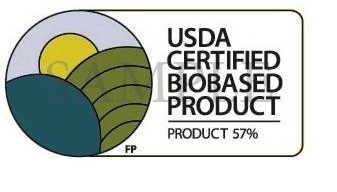 USDA launches biobased certification for skin care and other products

The United States Department of Agriculture (USDA) has launched a certification program for products made with renewable, biological material and consumer goods carrying the label are expected this spring.

A study conducted by the University of California – San Fransisco analyzing 163 chemicals found in a range of consumers products, earmarks phthalates as an offender.

The Food and Drug Administration (FDA) has unveiled the third and final stage of an initiative intended to improve the transparency of its rulemaking process with the industries it regulates.

Industry cannot win on the question of animal testing

In 2011 the cosmetics industry will find itself between a rock and a hard place when it comes to phasing out animal testing, a process that has been underway for many years.