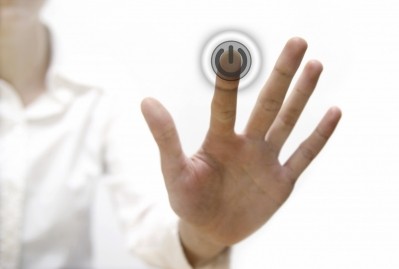 Intelligent packing solutions, like the MicroWing inlay just out from eAgile, can benefit personal care and cosmetic brands.

A new way of embedding radio frequency identification (RFID) tags
into pack cases could reduce the cost of using the tracking
technology, according to the companies involved in the project.

A new system that encodes, verifies and applies radio frequency
identification tags at speeds up to 50 cases per minutes, the
manufacturer claims.

Suppliers to Metro Group in Germany are gearing up this year
to expand the use of radio frequency identification (RFID).

Wal-Mart expands RFID use in stores

Wal-Mart will require suppliers to another 400 of its stores to use
radio frequency identification (RFID) for tracking goods, adding to
growing pressure on processors to invest in the technology.

The international phenomenon that is radio frequency identification
technology (RFID) has at last hit Japanese cosmetic counters, with
Global beauty manufacturer Shiseido taking part in a field trial in
Japan this month.

The radio frequency identification (RFID) industry is booming as
producers and suppliers rush to integrate the technology into their
production lines.

The global market for smart packaging for cosmetics products using
such technologies as radio frequency identification (RFID) will
grow to $618m (€489.5m) in 2013 from the current $9m, according to
a forecast report.

Some industries could achieve a reasonable payback from an
investment in radio frequency identification (RFID) by 2008. Other
sectors - such as personal care sector - will have a tough time
achieving such results, according to a consultancy...

A four-month retail study has concluded that investment in RFID can
bring significant and rapid payback to both manufacturers and
retailers, but also points out the importance of detailed analysis
and customer privacy.

As enthusiasm for RFID wanes innovation should buck trend

Technical problems, consumer suspicions and high prices have served
to put many cosmetics companies off investing in Radio frequency
identification (RFID) technology. However, falling prices and new
technology allowing tags to be...

P&G moves ahead with RFID investment

As part of efforts to step up its use of RFID on a global basis,
P&G has announced development agreement with T3Ci to develop
its electronic tagging capabilities, reports Simon Pitman.

RFID continues to cause problems for retailers

As cosmetics and personal care suppliers in both Europe and North
America race to meet RFID deadlines, a new market report reveals
that many retailers are still finding problems and frustrations
when trying to implement the technology...

In the US ODIN technologies has compiled a benchmarking report that
analyses 14 of the leading electronic tags for RFID - an initiative
that could simplify the complex choice, reports Simon
Pitman.

RFID being held back by lack of experts, survey finds

The talent pool of RFID professionals is shallow and could impact
the successful adoption of the technology by companies keen to
comply with the expectations of major retailers, a recent industry
report shows, writes Simon Pitman.

In relation to mounting pressure from the world's leading retail
group, global health and hygiene company, Kimberly-Clark, has
confirmed that it is transferring its global expertise in Radio
Frequency Identification technology...

RFID outlook is positive but 'it will take time'

As a new report backs up growing evidence that companies' IT spend
budgets are continuing to expand in an effort to incorporate RFID
tagging, the latest word from global retailers is that
implementation will take time.

Cosmetic giants move on to next phase for RFID

Radio Frequency Identification (RFID) cranked up the volume in
2004, with most of the major global retail companies, including
many of the leading players in the personal care and cosmetics
industry, making significant investments...

US company IMX Cosmetics has launched a custom cosmetics line that
allows customers to mix their own personalised recipes for lip
gloss and other cosmetics and retrieve them at in-store computer
kiosks.