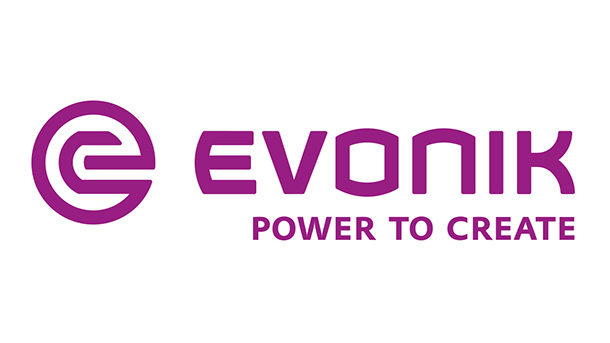 The global shampoo and conditioner market is estimated to reach $39b by the end of 2018, with an expected growth of nearly 5% through 2020. More than simply cleansing and moisturizing the hair, consumers demand innovative solutions to individual concerns. Recently, the industry has witnessed a surge in multi-step skin care rituals, and this approach can now be seen in the hair care market, with special focus on scalp regimens. Moreover, cosmetic consumers are increasingly conscious about product ingredients and their end-benefits as well as possible negative effects on the environment. Thus, the search for clean, mild-to-skin and safe ingredients is constantly reshaping the hair care segment.

One of the basic prerequisites for fully healthy hair is a healthy scalp. An irritated, reddened and itchy scalp is often associated negatively on hair quality, as the root is anchored in the scalp. Different factors can be aggressive and irritating to our hair and scalp: beauty rituals (bleaching, dyeing and chemical straightening), environment (UV rays, urban pollution, etc.) and even physiological stress. In addition to unpleasant sensations on the scalp like stinging, itching, dryness, erythema and other inflammatory reactions, the hair might look visibly damaged: frizzy and unruly, easily breakable due to its fragility,  loss of smoothness and gloss and generally seems more porous.

Different in vitro​ and in vivo​ studies analyzed Hairflux benefits to hair and scalp:

•    In vivo​ study on scalp with volunteers

•    Study on hair repair after bleaching

The exposure to UV rays can lead to an inflammatory reaction, triggered by the release of pro-inflammatory interleukins. Using this analysis, a keratinocyte skin model (EpiCS) was exposed to UV stress. Before and after the exposure to UV stress, an O/W lotion with 1% Hairflux or without active (vehicle) was applied topically. After 48 hours the IL-1 protein release (Elisa) was determined. The in vitro​ study demonstrated that Hairflux provides a significant reduction of Interleukin-1, showing the anti-inflammatory properties of Hairflux.

In vivo​ study on scalp ​

Sensitive scalp is a global concern: 60% of women and 40% of men, across the globe, have sensitive scalp. A sensitive scalp is described by unpleasant sensations like erythema (redness), itching, scaliness and other inflammatory effects. For the in vivo​ study, 40 people suffering from dryness, itching and scalp erythema were divided into two groups. After a seven day wash-out period with neutral shampoo, volunteers in both groups were clinically examined in order to score the degree of scalp dryness, erythema and itching sensation according to the following four-point clinical scale: 0=absent, 1=mild, 2= moderate, 3= severe. One group of the subjects received a hair tonic without active ingredient (vehicle), while the other group received the same leave-in formula with 1% Hairflux. They applied the hair tonic twice daily for a period of two weeks, and continued hair washing with the neutral shampoo during the testing period.

After two weeks of testing, the volunteers were clinically examined again in order to score the degree of scalp dryness, erythema and itching sensation. Furthermore, digital images of the scalp were taken by means of Fotofinder Dermoscope version 2.0.  The scalp condition was not only determined by an expert grading, but by visual inspection as well. The results concluded that itching, dryness and erythema were significantly reduced after the daily use of a hair tonic containing 1% HairFlux.

In vivo​ study on dry skin​

Twenty-five people with dry skin were recruited for the in vivo​ study. Each volunteer tested two O/W formulations, lotions with and without 1% Hairflux. They applied the test formulations on the inner forearm twice daily for two weeks. Photos of the skin were taken before application began, and after one and two weeks, respectively, using a Visioscan VC 98 camera. With the software of the Visioscan VC 98, calculations of skin scaliness and skin roughness were made.

Participants were also asked to fill out a questionnaire regarding the skin care properties of both formulations. The data compiled with the Visioscan VC 98 demonstrated a significant reduction of skin scaliness and skin roughness one week after application of the O/W lotion with 1% Hairflux. These results were confirmed by the panelists. They stated a stronger reduction of scaliness and a higher increase of skin moisturization with Hairflux®​​ compared to the vehicle. Also the overall skin condition was improved with the formulation containing Hairflux.

Hair treatments like bleaching, coloring or straightening cause severe damage to the hair’s cuticle, as well as of its cortex. The cortex cells consist of partly crystalline intermediate filaments/microfibrils (IFs) built by proteins which are embedded in an amorphous matrix of keratin associated proteins (KAPs). The amorphous matrix proteins are highly crosslinked by disulphide bonds.

Chemical treatments like bleaching, coloring or straightening can lead to degradation of hair proteins and form protein fragments. Additionally, the crosslinking of keratin associated proteins within the amorphous matrix between the intermediate filaments can be destabilized. This will lead to an increase of hair fiber swelling and an increase of hair breakage.

Study on hair repair after straightening​

Ethnic hair tresses were straightened using a formulation which is very popular in Brazil. This straightening formulation has a very low pH (approx. 1-2) and is applied in combination with the use of a flat iron. After the use of acidic straightening, the hair was treated five times using the following procedure:

2.         Application of a conditioner with 1% Hairflux, 1% olive oil, 0.1% Ceramide NG or without actives (vehicle). Leave-in time of the conditioner was five minutes. Afterwards the hair tresses were rinsed under tap water for one minute.

The chemical damage caused a strong reduction on the number of stretching cycles, where one third of the hair fibers survived (alpha). After treating the straightened hair with a conditioner containing 1% Hairflux, the survival probability increased, thus showing a repair effect of Hairflux on straightened hair.

The use of a conditioner with pure olive oil or pure Ceramide NG did not show such strong repair efficacy. Only with the synergistic combination of the olive-based ceramide and the vegetable oils could a repair effect of 82% be achieved.

Study on hair repair after bleaching​

2.         Application of a conditioner with or without 1% Hairflux. Leave-in time of the conditioner was five minutes. Afterwards the hair tress is rinsed under tap water for one minute.

3.         The swelling behavior of the virgin hair as well as of the bleached hair treated with the different conditioners was measured using a special swelling device (DSM770 Dynamic Swelling Device, Dia-Stron Limited).

After the analysis of all in vitro​ and in vivo​ studies we can confirm that the synergistic combination of bio-tech Ceramides and Olive oil offers consumer benefits to both hair and scalp. In addition, Hairflux is the first hair and scalp care product which can be used in certified natural cosmetics, as the product is free of preservatives, antioxidants and other auxiliaries. The blend provides high flexibility, enabling sustainable as well as low-cost formulations, a key challenge for the cosmetic industry.